Virtualization and cloud computing are two terms that often seem interchangeable if you’re not familiar with how either work. Although the two technologies are similar, they are not the same thing, and the difference is significant enough to affect your business decisions. Here is a guide to help demystify the tech behind the jargon.

Virtualization is the fundamental technology that powers cloud computing. This software separates compute environments from physical infrastructures, so you can run multiple operating systems and applications simultaneously on the same machine. For example, if you do most of your work on a Mac but use select applications that are exclusive to PCs, you can run Windows on a virtual machine to get access to those applications without having to switch computers.

One of the biggest benefits of virtualization is sever consolidation. Instead of maintaining multiple servers that each have a different function, server virtualization allows you to split the resources of a single server for multiple purposes. Often server resources are underutilized, resulting in businesses spending too much on server upkeep for a little output.

How is virtualization different from cloud computing? 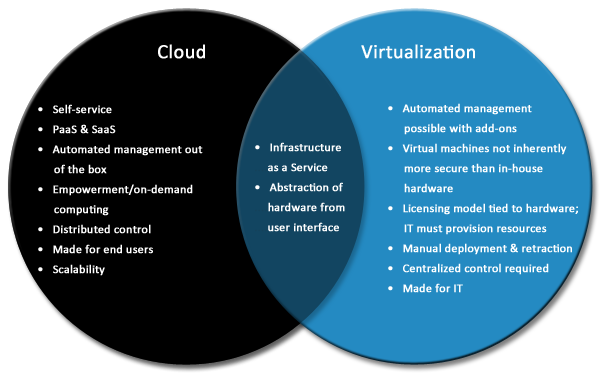 The Feds Promised To Protect Dreamer Data. Now What?

Starting Over: How to Move on When Your Business Fails